The afternoon of August 31, 1922 brought the Franciscan Sisters of the Atonement an unexpected ministry invitation.  Father McKenna of the Catholic University of America in Washington, DC visited Father Paul Wattson, the co-founder of the Society of the Atonement, at the friary at Graymoor earlier in the day.  Father Paul then brought Father McKenna to speak with Mother Lurana.  Father McKenna asked her if she would accept an invitation from the Discalced Carmelite Fathers to send four or five Sisters to Washington, DC to take over the administration of the Carmelite Retreat House, owned and operated by the Discalced Carmelite Fathers.  Lurana told him that she was interested in this type of work as it was a ministry that she envisioned for her Sisters.  Father McKenna relayed Mother Lurana’s answer to the Carmelite Fathers.  In September 1922, Bishop Corrigan of Baltimore granted permission for the Sisters to go to Mount Carmel Retreat House.

Four Atonement Sisters journeyed to Washington, DC on February 8, 1923 to take up their new ministry.  The Sisters staffed the Retreat House until March 1, 1926 when Mother Lurana called them to other ministries.

Mother Lurana’s dream of a community Retreat House became a reality through Father Paul Wattson’s gift of land on Harewood Road.  Originally the property was part of the Vineyard property that Father Paul purchased in 1923 for the establishment of the Friars’ seminary.  He gave five acres to Mother Lurana on December 15, 1925. This was the twenty-seventh anniversary of Lurana’s coming to Graymoor.  His gift note read, “In reality this is a gift in joyful commemoration of your coming to Graymoor 27 years ago … a very small ‘quid pro quo’ for all that the sisters have done, are and will be.”  The land remained undeveloped until 1928 when Mother Lurana received permission from Archbishop Michael J. Curley of Baltimore to build the Retreat House.

Mother Lurana had already shared with the Sisters that “Retreat work has been a desire of mine from the beginning.  It is with this thought in view that we are to build the retreat house where Catholic women can get away for a little space from the world to find refreshment for the soul and rest for the body, by leaving their busy lives to seek God in peace and prayer.”

Trusting in the providence of God, the groundbreaking ceremony of the Washington Retreat House took place on July 26, 1929.  The congregation financed the building project through a large loan that weighed heavily on it during its early years.  Lurana was convinced in the Will of God, God’s providence and for the need for this retreat ministry in the nation’s capital.  The Washington Retreat House officially opened on October 28, 1930.

As the nation plunged into the Great Depression during the 1930’s the Sisters faced economic struggles and much uncertainty.  At the time the house could fit 40 women for a weekend.  It took some time before the Sisters filled a weekend.  Thirty-three women attended the first weekend retreat.  The first closed retreat, sponsored by the Sodality Union of Washington was in July 1931.  Over the years, one of the many staunch supporters of the retreat house has been the Sodality Union of the Archdiocese.

Although the primary thrust of the retreat house was the spiritual development of women, its mission has continued to expand to respond to the needs of the times.  In additions to parish groups, the retreat house welcomes men and women in 12 Step Programs who come to deepen their relationship with God/their Higher Power.  Faith and Light, an ecumenical association of persons with disabilities, holds their days of reflection and their annual Christmas Pageant at the retreat house.  Quality of Life, an organization that serves persons with HIV/AIDS comes to the retreat house regularly for their workshops and spiritual renewal.

Many departments from the United States Conference of Catholic Bishops hold their conferences at the retreat house each year.  Most often are the departments of Youth Ministry; Marriage and Family Life; Pro-Life and Ecumenical and Interreligious Affairs.    Orientale Lumen, a group of lay persons and clergy, gather at the retreat house to learn about the “Light from the East.”  Their participants include members of the Eastern Orthodox, Eastern Churches and Roman Catholics who meet and pray together, seeking a common goal, “That all may be one…”

The retreat house also welcomes days of discernment for the St John Paul II Seminary and study days for the Thomistic Institute both located in D.C..  As well as staff reflection days for Theological College and Jesu Caritas groups.

Other groups and organizations that help sustain the ministry of the Washington Retreat House are the many Lay Catholic communities with religious charisms: Benedictine; Dominican; Franciscan; Ignatian; Carmelite and Salesian’s.  In addition, the retreat house regularly hosts the National Council of Catholic Women; and, as mentioned before, the Sodality Union of the Archdiocese.  Any number of religious orders of Consecrated men and women have come to the retreat house for their meetings and retreats.

Our Mission Statement articulates our ministry:  “Rooted in Franciscan hospitality, simplicity and Gospel values, the Washington Retreat House welcomes people of all faiths.  The retreat house staff offers an environment of peace and prayer to all who come here for personal and spiritual renewal.”  For over 90 years we have continued the vision of Mother Lurana and we look forward to sharing our charism with new and returning groups as we prepare to celebrate 100 years of ministry in the heart of Washington, DC. 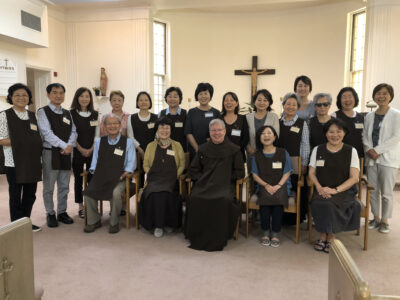 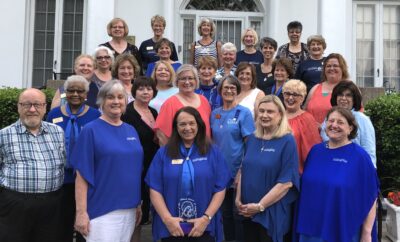 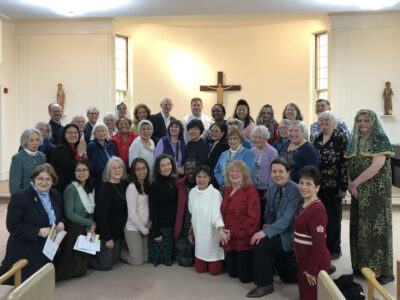 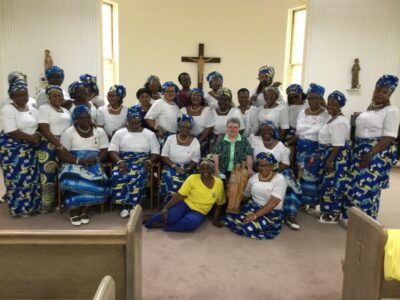 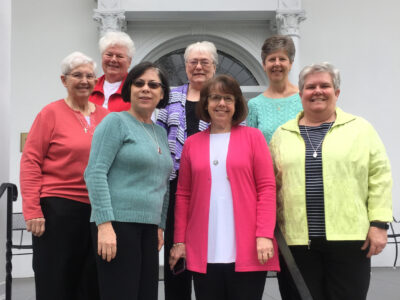